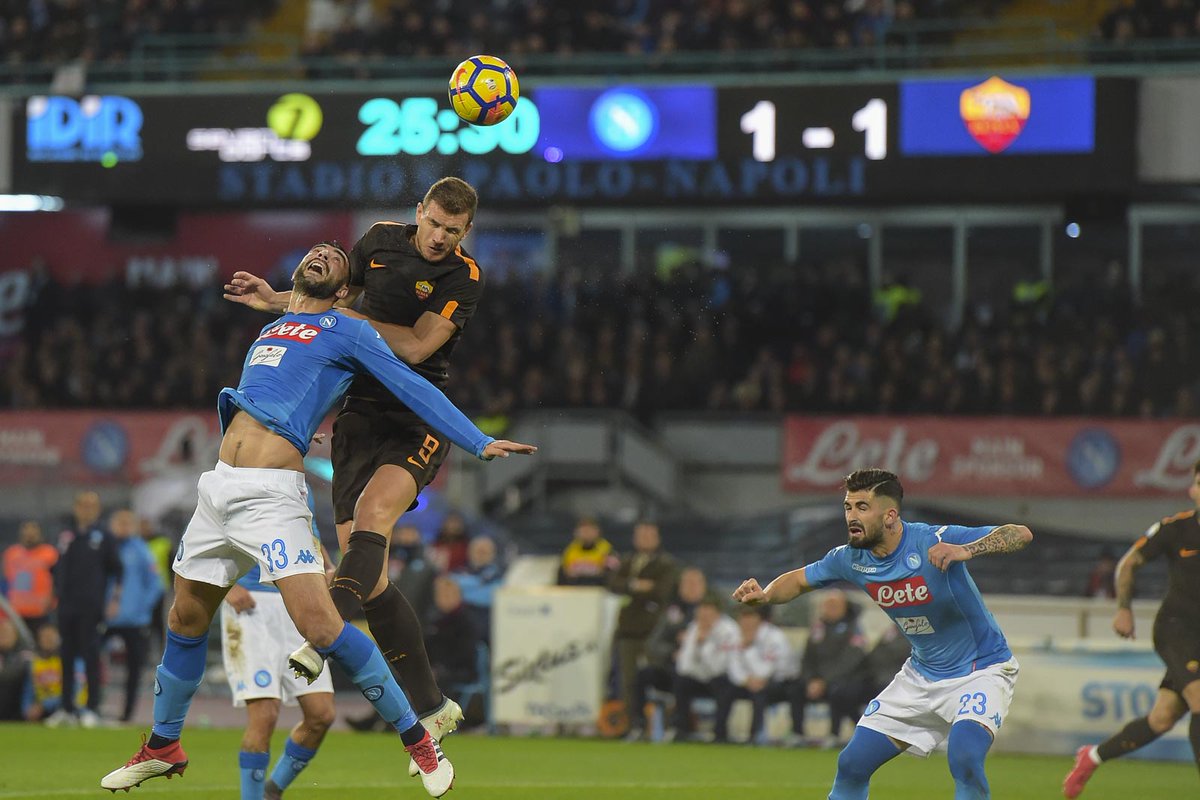 Napoli saw their lead over Juventus at the top of Serie A cut to a single point as Roma claimed a deserved win thanks to two goals from Edin Dzeko.

Lorenzo Insigne had opened the scoring for Napoli, with Dries Mertens adding a stoppage time consolation.

With just seconds remaining, Argentinean forward Dybala tricked his way into the penalty area to hook the ball beyond goalkeeper Thomas Strakosha.

Defending champions Juventus also have a game in hand on Napoli.