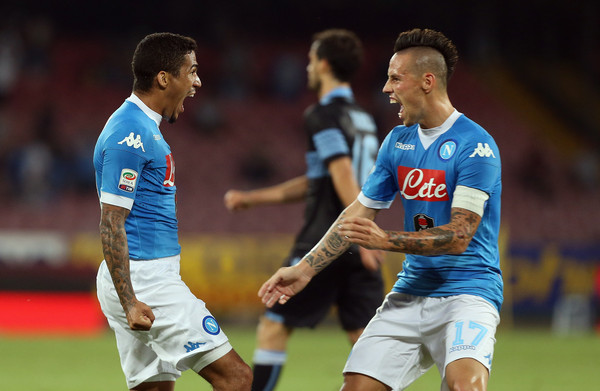 Marek Hamsik broke Diego Maradona’s all-time scoring record for Napoli as they beat Sampdoria to remain top of Serie A.

Napoli’s captain scored his 116th goal for the club, on his 465th appearance, to put them 3-2 ahead from close range towards the end of the first half.

He equalled Maradona’s record last weekend in a 3-1 win over Torino, having failed to score in 13 games.

Napoli are a point above champions Juventus, who beat Roma 1-0.

Gaston Ramirez gave Samp an early lead, with Allan equalising. Fabio Quagliarella then restored Samp’s advantage with a penalty but Lorenzo Insigne equalised before Hamsik’s winner. The league leaders ended with 10 men as Mario Rui was sent off for two bookings.

Mauro Icardi missed a penalty as Inter Milan remained third following a 1-0 defeat by Sassuolo – their second defeat in a row having not lost in the opening 16.

Now Napoli can become the Serie a’s winter champion if he beat Crotone in friday.